Home > Tech > Is Windows 11 22H2 safe to install on my PC? But Not Before Reading These Warnings

Is Windows 11 22H2 safe to install on my PC? But Not Before Reading These Warnings

The best answer is that; yes, you can, but you should be wary as there may still be bugs and unforeseen problems during the early stages of this update.

Windows 11 22H2 is the first major update for Microsoft's new operating system, and it comes with a number of new features and security improvements that make it a worthwhile upgrade.

According to a statement from Microsoft; “Windows 11 will have an annual feature update schedule. The updates for Windows 11 will be released in the second half of every year and will come with 24 months of support for Home, Pro, Pro for Workstations, and Pro Education editions. For Enterprise and Education editions, there will be 36 months of support”.

Microsoft announced that Windows 11 version 22H2 is available to the public as of September 20. Existing Windows 11 users and eligible Windows 10 PCs can download the update for free.

This update is being released in waves, so you may not see it right away in Windows Update. All eligible PCs should have the update within the next few days or weeks.

Here are the new major changes to the windows 11 22H2 update:

Should I upgrade My PC to Windows Windows 11 22H2?

Yes, It is acceptable to upgrade to Windows 11 22H2 when Microsoft begins the rollout on September 20. This indicates that the new version is stable and secure to install on devices that meet the requirements. Nevertheless, since the feature update may not be fully compatible with certain computers during the initial stage, the organisation is anticipated to throttle the rollout to make sure that only compatible hardware receives the update.

Microsoft has announced that if any hardware or compatibility issues are discovered, the device in question may be placed on a safeguard hold and not be eligible for the update.

“If we notice that your device may have a problem, such as an application incompatibility, we may activate a safeguard hold for your device and not offer the update for your device until that problem is resolved,” Microsoft's announcement says.

Microsoft will also publish any known issues on the health dashboard website to help you make the decision whether or not to go ahead with the upgrade.

You should not attempt to upgrade to Windows 11 22H2 unless your computer's hardware is compatible.

Should I wait for a little while before Installing Windows 11 22H2?

The answer is yes and no because any software update holds potential risks. Microsoft runs tests on these updates for months with Windows Insider Program members and internally. Nevertheless, this is still only a small part of the global users of Windows 11 PCs.

To avoid any widespread issues, Microsoft rolls out these updates gradually. If you do run into any problems, Windows 11 has a built-in rollback feature that permits you to go back to the previous version within 10 days of your upgrade. So Ahead of time, backup your data to an external drive or cloud storage service in case you have to reset your PC.

On a normal day, it’s advised you wait until Windows 11 22H2 is totally available to every user of Microsoft windows OS to ensure you are set to install the most stable build. ( However, Microsoft will be publishing the availability status of their updates on the health dashboard website.)

To install the Windows 11 22H2 feature update follow the instruction below;

Windows 11 will conduct a fast check and then detail the optional ‘Feature update to version 22H2 of Windows 11, which you can then install by tapping on the ‘Download and install” Button.

you can read more of our articles about technology news here 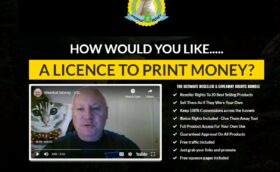 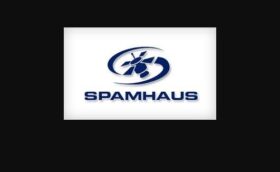 How to Detect & Remove My Website If It Is Blacklisted? 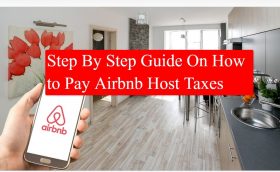 Step By Step Guide On How to Pay Airbnb Host Taxes